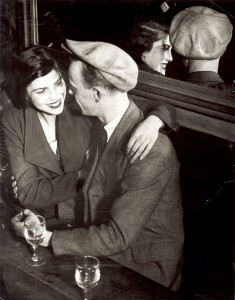 – A love song for a city.  The band struck lucky at a gig one night, a few years ago now, playing to an audience which included a group of French music promoters who invited us to play a show in Paris, our first ever gig there. We played in an atmospheric basement bar called L’International to a warm and wonderful audience who swayed and sang along with us as we played “La Vie En Rose”.  Afterwards, we enjoyed a marvellous, post-gig, Parisian-style knees up during which I’m sure I saw our Drummer doing the can-can.  At the end of the night the bar owner slapped our backs heartily and bought us all crème de menthes.  It was the best of times.  City of love, city of light, it was a joy to play our songs for you.  I hope we meet again someday soon. x